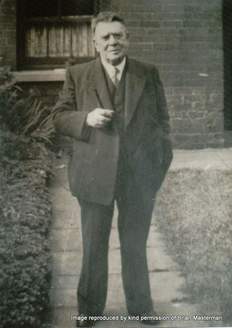 The many friends of Captain A.E. Blackburn, a well-known Goole master mariner, will be pleased to hear that his naval and other services have been recognised by the authorities, and he has been awarded the O.B.E. Military Division.  The official intimation, contained in a recent issue of The London Gazette states, “To be officer of the most Excellent Order of the British Empire (Military Division): Lieut. Albert Edward Blackburn, R.N.R., for valuable services in command of H.M. Trawler Offa II, employed in the North Channel Patrol.


Capt. Blackburn, whose home is at 43 Marshfield Road, Goole, has had a most interesting career, commencing before the mast in sailing ships, which afforded a good training ground for a hard life at sea, and for the years of war which were to follow.  Rising steadily by sheer ability and application, he eventually became a master in the service of the Goole Towing Company, after which he commanded for a period the s.s. Goole, which he sailed fresh from the stocks.  Later he became much more widely known as a member of the Hull and Goole pilotage service, after some years in which he once more took command of a ship, this time the s.s. Maud Larssen, a German vessel which was captured on her way from Archangel to Liverpool with a load of timber on August 4, 1914.  The vessel was navigated by Captain Blackburn and a Goole crew until November 27 1916 when they were involved in a struggle with a German submarine.

His vessel was proceeding from Naples to Seville, where it was to load with iron ore, and had barely entered the Mediterranean Sea when up came the submarine and demanded the surrender of the ship.  Captain Blackburn decided to make a run for it, but the submarine was more than his match at speed and also subjected the vessel to a fierce shelling, scoring several hits.  At last the master decided to take to the boats.  He saw his crew off in one boat and was himself the last to enter the smaller boat which remained.  During that time he showed magnificent courage and coolness, and was only driven to leave his vessel under the threat of being torpedoed.  He and the two or three men in the boat were taken aboard the submarine, while the Germans ransacked his ship.  Apparently, the Boche commander appreciated his pluck, for he treated the skipper quite decently, but with characteristic German barbarity replaced him and his crew in their little boat, from which an oar was missing, informing them that they were twenty-five miles off land.  The Boches then blew up the Maud Larssen, which they identified as a former German-owned vessel.  Eventually Palermo was reached after considerable exposure and suffering.

Possibly his experience at the hands of the Germans decided him to leave for a time the mercantile marine for the more important service of the Royal Naval Reserve, and he was given a commission and placed in charge of H.M. Trawler Offa II, in connection with which he spent a good deal of time patrolling in Icelandic waters in winter – by no means a pleasant task.  Afterwards he took part in convoying merchant ships.  He was in the convoy which accompanied the converted White Star Liner Justicia when she was torpedoed three times with a crew of several hundreds aboard.  In connection with this vessel’s sinking, he showed distinct gallantry, for regardless of the risks from the submarines, of which there were several; he ran his vessel alongside the sinking ship, near enough for the sailor to jump aboard.

These are only a few of his many experiences, in all of which he showed conspicuous bravery and which have earned for him the distinction of the Order of the British Empire, the military division of which takes precedence over the civilian. 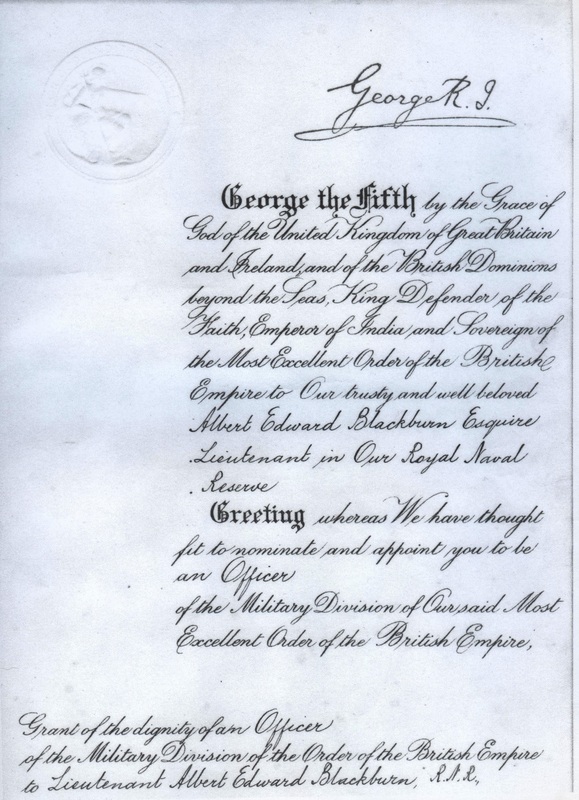 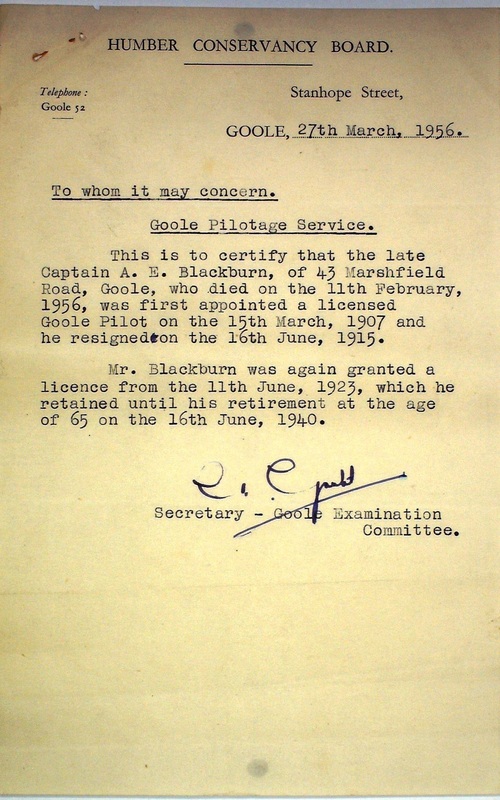