Born in Goole.  Served most of his life on the railway ships and proud of the fact that all the ships he served on had Goole on the stern.

1906:  After obtaining his Second Mate's Certificate, he joined Goole Steam Shipping Co. (Lancashire & Yorkshire Railway), being appointed Second Mate on the 22 July in the SS Altona (Later to be named SS River Crake.)

1916:  Appointed Master permanently on Sept 22, sailing on first SS Alt, then SS Douglas, SS Rother, SS Nidd, SS Calder, SS River Crake and SS Derwent.  These ships were allocated to Transport Services and used to carry ammunition and ordnance to France between 1916 and 1918.

1922:  L & YR Co. was absorbed by the London and North Western Railway (LNWR).  Part of restructuring.

1923:  Then London Midland and Scottish Railway Co. (LMS) was formed by amalgamation of eight companies.

1930:  After a short spell as Captain of SS Hodder, he joined the SS Douglas on 24th September 1930 and this became his regular ship on the Goole - Copenhagen run, known as the Butter Boats. 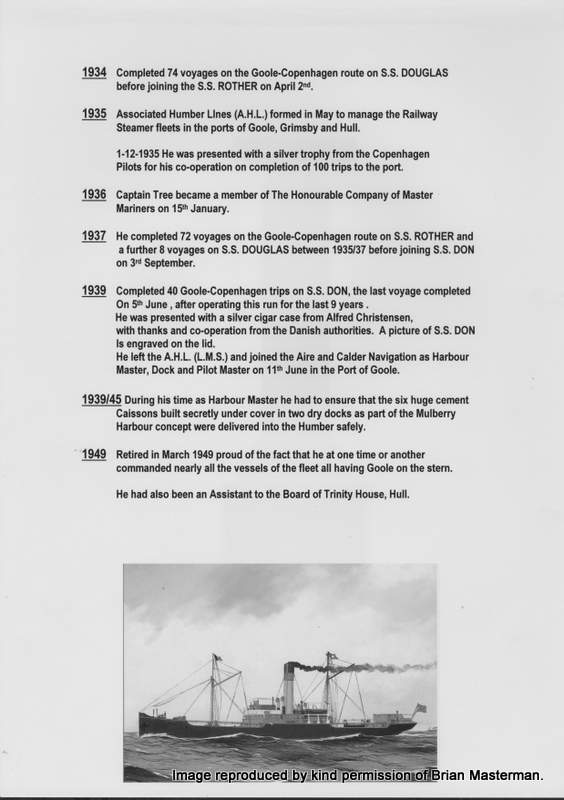