Captain Sutherby is 42 years of age and joined the company on mat 1st 1914 and had been in command since May 1926.
A married man. Capt. Sutherby has two children, both girls, aged nine and eleven respectively. He is one of the most popular of the Goole captains and was of a very cheerful disposition.
He is a keen sportsman and took part regularly in annual in the annual charity game organised by the company, when the ships masters oppose Goole Town Cricket Club. In September 1925, Capt. Sutherby made a score of 44. He was also a Freemason.
He had “run in” the new Aire, and had command of her until the fatal voyage. 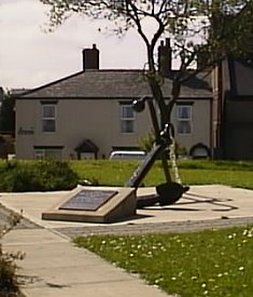 Out in the mists of the grim North Sea A merchant ship lurches and rolls;
Manned by a gallant Yorkshire crew Eighteen all told, brave hardy souls.

She was homeward bound from a German port, Whether fouled by wreck or murderous mine
We shall only know in God's good time.

We only know that when the end came These sons of Yorkshire would play the game
Doing their duty while the elements roared Though the Angel of Death above them soared.

A drifting lifeboat, an empty crate, Silent witness of the stricken crew's fate;
In death united on their last long sail Not one gallant soul to tell the tale.

Their last journey is over, harbour at last With Jesus the pilot 'Making them Fast.'
The women and children alone left to weep For dear daddies and brothers asleep in the deep.