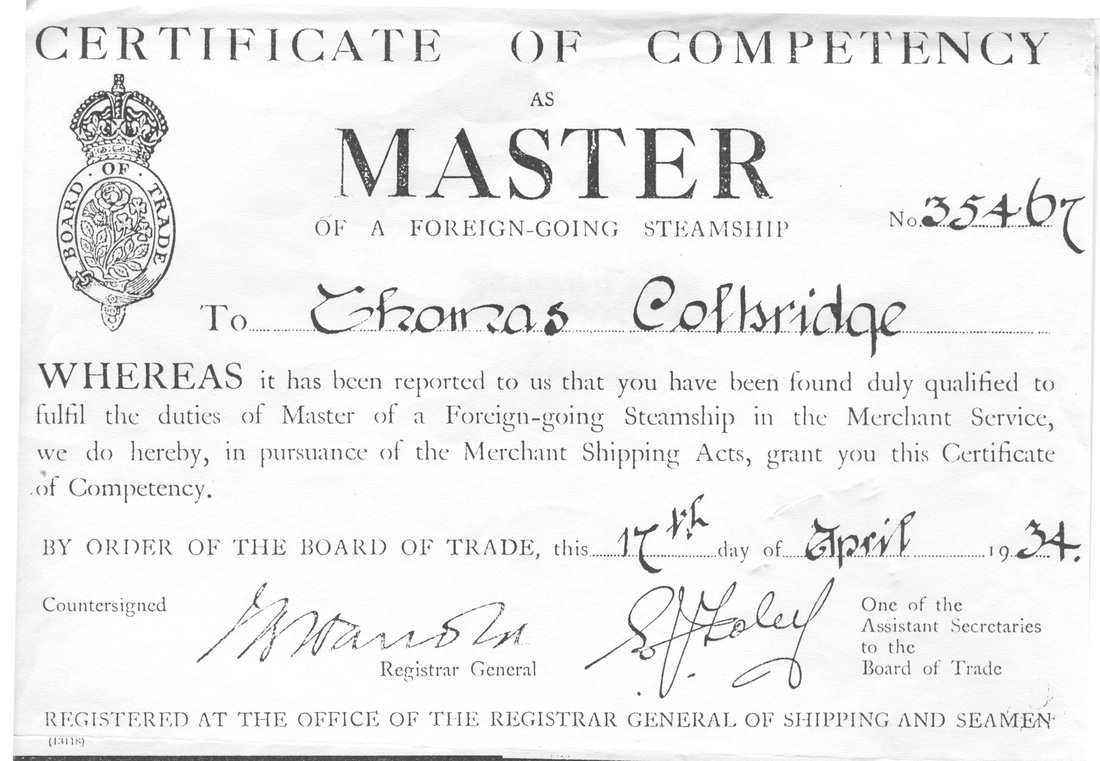 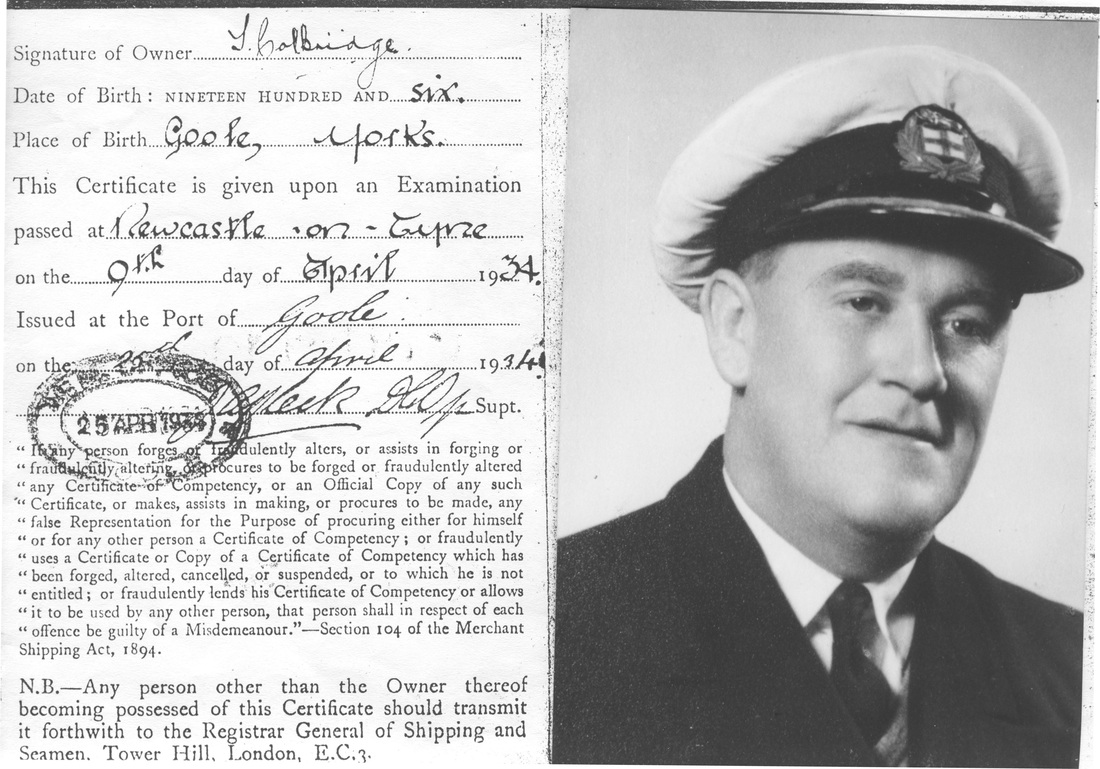 
30,000 TON TANKER IS GOOLE MAN’S COMMAND
HE BEGAN AS DECK BOY
﻿
From deck boy in small coastwise vessels sailing from Goole to Master of 30,000 ton tankers — that is the story of the 38 year seafaring career of Captain Thomas Colbridge of 9, Belgrave Drive, Goole.

For the past 32 years Capt Colbridge has served in vessels of one company — the British Petroleum Tanker Company — and his long service has been marked by presentation at the firms head office in London.

Aged 54, Capt. Colbridge was born in Goole, youngest son of the late Mr. and Mrs. William Colbridge. He comes from a long line of local mariners, for his father was for many years skipper of vessels belonging to the former Goole Steam Towing Company and his grandfather sailed from Goole in sail.

But despite his family connections with the sea, Mr. Colbridge might well have spent his working life as a landlubber. After leaving Alexandra Street School he age of 14 he worked as an oiﬁce boy for several local ﬁrms but Within a year the likelihood of becoming redundant made him decide to go to sea. In 1922 the age of 15, he began as a deck boy sailing out of Goole in vessels employed Coastwise trading. Among his early ships were the Simonside and the Chasmoor. After two years he became an able seaman in deep sea-going vessels, sailing mainly from Hull.

Mr. Colbridge gained his mate’s certificate in 1928, and he joined the British Petroleum Company later the same year. His first tanker was the British Light, in which he served as third officer. He became second officer in 1932, and was promoted to captain ten years later.
During his 32 years with the company he has served in 20 tankers of tonnages ranging from 10,000 to 33,000, and has commanded 15. He has sailed with oil to almost all the major ports in the world, although he has never visited China or Japan.

A typical voyage takes Mr. Colbridge away from home for about ten months at a time. His ship sails in ballast from Falmouth and loads oil at Mina Al Ahmadi on the Persian Gulf. After discharging her cargo at Aden the vessel makes a similar voyage to the Australian oil port of Kwinana and then, loading once again on the

Persian Gulf, she returns to Britain, having covered about 30,000 miles.

The largest vessel Mr. Colbridge has sailed in was the British Sovereign. Usually the tankers have a crew of more than 60 and are fitted with a cinema and swimming pool.

During the last war he continued to serve in tankers and sailed in convoys. His ships were bombed twice and torpedoed once.

Whilst sailing in the 11,000 ton British Governor in 1942 with oil for Murmansk, Russia, his vessel was attacked by enemy aircraft off Iceland. The ship survived the raid, and also escaped serious damage when it was bombed off Norway.

In 1944 Mr. Colbridge was in command of another 11,000 ton tanker, British Yeoman, when she was torpedoed in the Atlantic Ocean 500 miles off the Icelandic coat. The vessel went down with the loss of four lives.

Mr. Colbridge and the remainder of the crew spent six hours in the ship’s boats before being picked up by a naval corvette.

In recognition of his service in tankers, Mr. Colbridge was presented with an inscribed silver tea set and salver. He is at present on leave, and his next voyage will probably be his last, for he hoped to retire next year.